Our baby boy, Oakley James Biddinger, was born on Thursday, May 5th, 2016 at 10:51 in the morning! Andrew and I are so ecstatic to have him here! Our little man was born 8 days before his due date; at birth, he measured 22 and 1/2 inches and weighed 8 pounds 4 ounces. At his five day check-up with our midwife, he was already nine pounds; and at his 10 day check-up he was 9 pounds 14 ounces!!! That’s over a pound and a half that he has gained in 10 days. I can’t believe how fast he is growing already!

It’s been wonderful having Andrew home as we figure out life with a little squirt! Andrew took a week off of work when Oakley was first born and has had two weeks of being able to work from home after that! He has been taking care of me way too well as I recover – making meals, cleaning the house, spending time with Oakley, doing laundry, and so much more. We’ve been enjoying every minute too of getting to know our little dude; it has been so nice to have the extra time to hang out as a family before we get back to “normal” life…And be able to sleep in more too when nights don’t provide as much sleep! 🙂

Oakley’s birth story went a lot differently than I expected. Being a first time mom, I heard of how long first labors can often be, and I tried to prepare my mind for Oakley coming after his due date too. I figured when labor did start it would come slowly and progressively get more intense. I made sure I had lots of food in the house as my due date got closer, so we would have meals and snacks for Andrew and I, my oldest sister, and the midwives for the many hours we might be waiting around for a little someone to show himself…It didn’t happen that way! Oakley came fast and furiously. I was only in labor for just under 8 hours and pushed for 36 minutes, and boy, were those an intense 8 hours.

At 3:00 Thursday morning, May 5th, I woke up to go to the bathroom and had 4-5 strong cramp-like feelings in a row. Over the last several weeks I had had similar feelings but only about two at time and then they would go away. I waited. Wow! That’s the most I ever felt. Are they going to keep going? Every day of the past week had been full of anticipation. I knew I was only 38 weeks and it could be several more weeks before Oakley was born, but still, knowing there’s a possibility of going into labor at any time has a way of making every day a waiting game.

The contractions continued; and they were feeling pretty uncomfortable. I decided to time them a few minutes later and they were already two minutes apart lasting for about 20-30 seconds. About 4:00 a.m., Andrew started stirring, so I quietly whispered, “Are you awake?” He sleepily replied, “yes,” and I told him that I had been having contractions for an hour: “This might be the real deal, but I’m not sure.” Even though Andrew is totally not a morning person, his head immediately bounced up and he excitedly said, “Really?!?!” As fast as his head had popped up, he jumped out of bed and started picking up the room, doing stuff in the kitchen, and asked, “Is there anything I need to get ready for the midwife?!” From then on (till I got into really hard labor), Andrew was doing little happy dances in-between contractions! Yeah, that’s my crazy, silly husband – making me giggle even in the middle of labor.

We called our midwife about 5 or 5:30 a.m. and told her what was up. Since often labor doesn’t start with contractions being so close together, my midwife (Goldie) wanted to make sure they weren’t just intense Braxton Hicks before she headed over. She told me to try a warm bath and drinking tea and extra fluids. I started getting really nauseous after we called Goldie and lost my cookies (which I proceeded to do many times throughout my labor). However, I got in the bath and tried to relax for a while. Goldie texted me after about an hour and asked if anything had changed. Contractions were about the same, pretty strong every two minutes and lasting about 30 or more seconds. She said to keep drinking fluids and keep her updated. The bath had felt really soothing at first, but shortly after I had texted Goldie, the bath was no longer feeling so nice as the contractions got stronger and more painful.

I got out of the bath, drank some water, and started trying different positions and walking around our apartment. Goldie said she was getting ready to come and would be on her way soon. Andrew followed me around as I walked and pressed on my back with each contraction.

At some point between contractions (I really have no sense of what times things were happening by then), I said “I think I need to go to the bathroom.” After sitting down and starting to go, suddenly there was a pop and an explosion of liquid into the toilet. Andrew came running saying, “What was that?!” “I think my water broke.” Andrew quickly called Goldie and my oldest sister to tell them. Andrew started saying that he should help me get off the toilet, so we could get into the bedroom where we had everything set up for the birth. I was in the middle of a contraction so I kind of just wanted to stay exactly where I was, but Andrew wasn’t up for having the baby in the toilet. 🙂 He helped me get up and to the bedroom as contractions picked up their pace and moved to a whole nother level! Eeeek! Even with what other moms tell you about labor, it is crazy when you are actually going through it yourself!

I’m not much of a screamer, but I did start crying through some of those contractions. Wow, do they hurt! My midwife had often told Andrew and I how a woman often starts getting fearful or saying things like, “I can’t do this” during transition! Well, that’s what I started saying: “Andrew, I don’t think I can do it. It hurts so bad. I can’t do it.” Andrew suddenly started thinking, “Oh man, I think it’s close. Am I going to be delivering this baby?”

Andrew was amazing each step of the way! I couldn’t have done it without him. He talked softly to me and encouraged me almost every contraction and each time I said I couldn’t do it. He pressed on my back or held back, depending what the contraction called for at that moment.

Goldie walked in the door at some point during it all, took one look at me, and I heard her say, “It’s going be soon. Just a minute, Susanna; just let me set up a few things.” Soon didn’t mean anything concrete to me. In my mind I remember thinking, “What does soon mean? Hours? Minutes? Am I just being an over dramatic first time mom, thinking I’m in so much pain, and I’m only dialated to a 3 and have 17 hours left?!” As soon as Goldie had things ready, she kept saying how soon it was going to be and how fast everything was going. She checked me and I was dialated to a 9. I wouldn’t be waiting hours!

Goldie’s helper, another midwife, came in at some point as well. Andrew and Goldie kept reminding me to breath through contractions. It’s crazy how you can forget to breath when those things are taking you by storm! It was so helpful to hear their voices telling me what to do. I was getting so worn out by this point that I couldn’t seem to hold myself up. Andrew propped himself under me as I was in a hands and knees kind of position, and I squeezed his foot tightly through every contraction. Goldie said I could start pushing. As I started pushing, it was an amazing feeling of relief at the same time as the pain. Goldie continued to remind me to take breaths in between and to use the pain and energy to push, not to panic!

Close to the end, Goldie had me change positions, so it might be easier for Oakley to make his entrance. With several long, hard cycles of pushing, I started feeling his head crowning. Each push brought him closer, till I prayed silently as I pushed, “Jesus, please let this be the last one.” With one more groan, out came his body and he was being laid on top of me!

With the labor being so fast and intense, and probably from throwing up many times throughout, the moment where he was laid on top of me was different than what I had imagined. I couldn’t wait to see his face for the first time and imagined maybe I would even cry with relief and joy, but instead I started passing out. I felt my eyes rolling; I couldn’t open them and the room started fading away. I stuttered to Andrew that I think I was going to pass out. Tina, our second midwife, got some coconut water and a spoonful of raw honey, and they began squirting liquid into my mouth and helping me suck on the honey. I was shaking everywhere for a good while afterward, but pretty soon, I felt a ton better and was able to take in Oakley’s adorable face. He was finally here, this little boy we had been waiting for 9 months to meet. Our first addition to our new Biddinger family. A precious life to love, cuddle, and care for.

To be honest, my labor experience scared me a little. I never expected it to go so fast or for it to be so intense. In another blog post, I mentioned how many kids I used to want (22 kids 🙂 ) and how I would love a big family; however, as I was going through labor I distinctly thought at one point, “Maybe we can just have one, and adopt the rest.” 🙂 But now only two weeks later, as I hold this little man named Oakley James, I’m just so thankful for a safe labor and delivery, for God’s strength in the middle of it, and for the gift of life that makes any pain worth it. I hear too that my labors and births after this one are likely to be a lot more manageable. We’ll see, but I think either way, I’ll be up for more babies soon. 🙂 They are just way too precious!

Here’s a few of my favorite pictures so far of our little Mr:

Visitors and the First Two Weeks of Baby Life ~

One of the best parts about having a baby is having people come over to see him or her. We have enjoyed lots of family and friends stopping by to visit our little man. Here’s a sneak peek. Oakley is surrounded by a lot of love!

The first two weeks of life with Oakley have been full of lots of laundry, poopy diapers, pee messes, hormonal emotions, nursing chaos, cuddles, snuggles, baby kisses, laughing, memories with our first little one, and so much more. Here’s to starting off the parenting adventure! 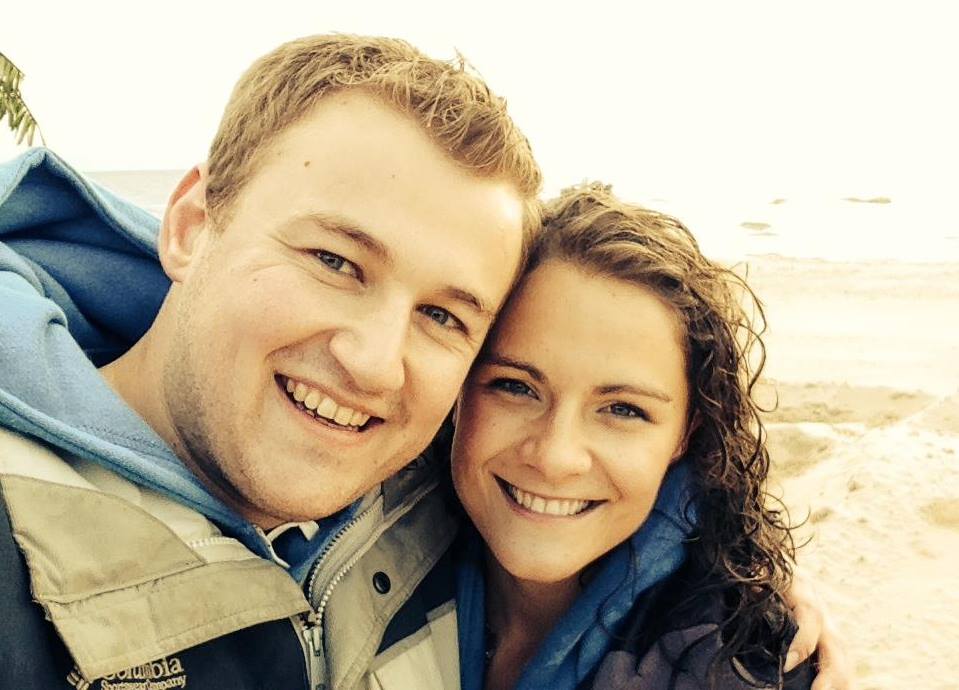 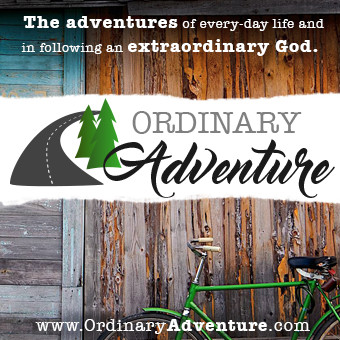